Gardening delights #22: coming across the plant that, yesterday – surely it was only yesterday, had no flowers at all.

I was walking down the garden this evening (clutching a camera – as you do…) when I saw this bee working its way up the pagoda of lupin flowers: 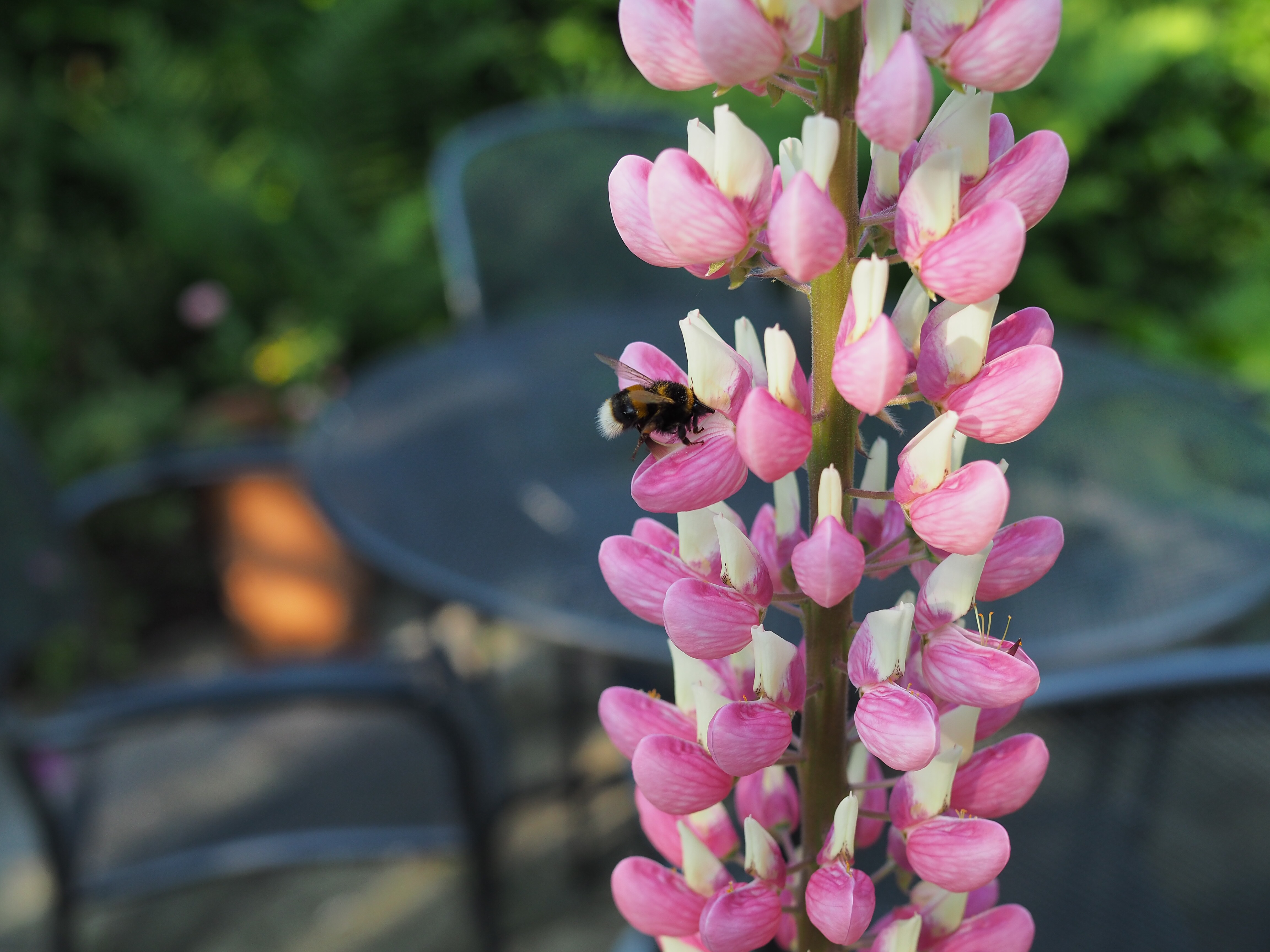 I thought, he’s easing the spring. Does anyone else have phrases, culled form who knows where, that have simply become part of the way you see the world? ‘Easing the Spring’ comes from a poem by Henry Reed called, Naming of Parts. I read it at school back in the sixties, where it was one of the first ‘grown up’ poems that really struck home.  In those days we were only twenty years or so from the end of the Second World War and barely five years since the last draft of National Servicemen had been called up. Army life – boring and absurd –  felt very familiar.

It wasn’t so different, after all, to my boredom – a discontented schoolboy sitting in my new school uniform, unfamiliar shirt and tie chafing and choking me, looking out of the window at sunlit playing fields and dreaming of freedom.

It’s probably not such a surprise that , after reading it, I registered as one of the school’s first a conscientious objectors rather than join the Combined Cadet Force.

This is the safety-catch, which is always released
With an easy flick of the thumb. And please do not let me
See anyone using his finger. You can do it quite easy
If you have any strength in your thumb. The blossoms
Are fragile and motionless, never letting anyone see
Any of them using their finger.

They call it easing the Spring: it is perfectly easy
If you have any strength in your thumb: like the bolt,
And the breech, and the cocking-piece, and the point of balance,
Which in our case we have not got; and the almond-blossom
Silent in all of the gardens and the bees going backwards and forwards,
For today we have naming of parts.